Though we may be biased, we’ve always considered windows as one of man’s great inventions.

Letting light in, while keeping the cold and heat out, windows can completely transform a space and make a home, office, or commercial area a much more pleasant place to be.

To get you excited about windows, and to showcase just how impressive these humble glass panels can be, we’re taking a look at some buildings that have really made the most of their windows.

Almost the entire exterior of the building is clad in glass. Altogether, there are an incredible 24,000 windows in the Burj Khalifa and around 120,000 sq metres of glass.

It takes a team of 36 people three months to clean the windows on the building. As the tower is cleaned four times a year, this means the brave workers are on a constant cycle of cleaning and polishing.

Opened in 1999, the twin Petronas Towers in Malaysia were the world’s tallest buildings between 1998 and 2004. Altogether, the towers contain an eye-watering 32,000 windows.

In order to keep these glass panels clean, there are 11 cranes permanently installed on the site. These cranes move between the floors, allowing cleaners to access the windows safely.

It takes around a month to clean the windows on each tower, with teams starting the entire process again as soon as they’re done. 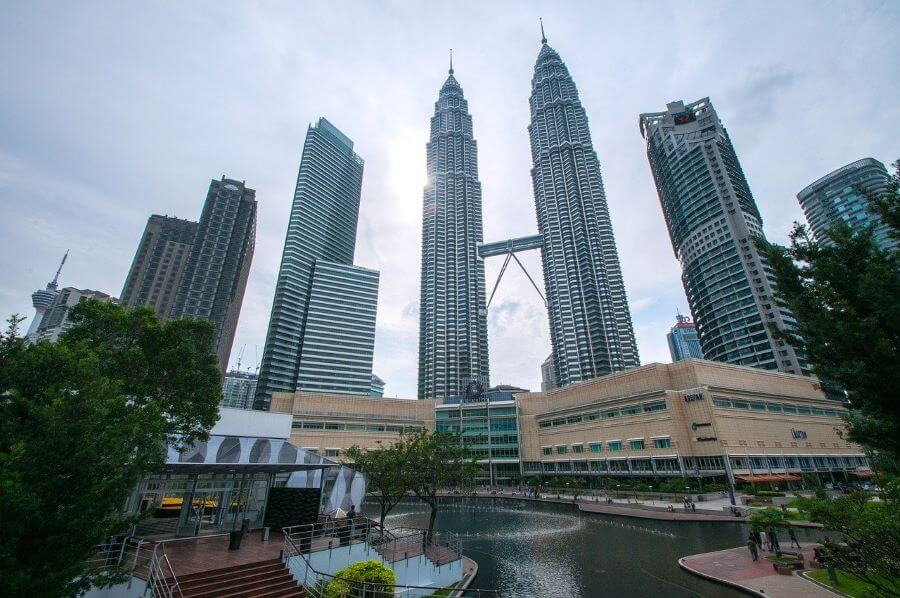 While this building may not have a lot of individual windows, its mammoth curved glass window is truly spectacular. Built at a cost of USD$5 Billion, Apple’s new headquarters in Cupertino contains the largest curved glass display in the world.

Manufactured by German company Seele, the glass panels wrap around the circular Apple Park to flood the building with light and create a seamless futuristic aesthetic. With exterior panels measuring up to 14.3 x 3 meters and interior panels 11 x 3 meters, this feat of engineering is incredibly impressive.

When it was completed in 1931, the Empire State Building was the tallest tower in the world. The structure took just one year and 45 days to build and contains 103 floors.

In total, the Empire State Building contains an impressive 6,500 windows. Like many other skyscrapers, its cleaners work year-round to ensure these glass panes are kept clean and clear.

Find out more about windows, and learn about the products we offer, by exploring our site or getting in touch with a member of our team.

We are delighted with our windows and would like to thank you for a speedy and excellent job.