Arguably the most beautiful cathedral in Paris, Sainte Chapelle was commissioned in the 13th Century by the monarch Louis XI, and its artwork aimed to portray narratives from the Bible in a truly opulent fashion.

With 15 magnificent windows telling tales from both the Old and New Testament, Sainte Chapelle is a must-see for anyone visiting France’s capital who appreciates stained glass artwork.

Although this cathedral was stripped of its ornaments during the Reformation, it has recently been blessed with five new windows which, like the aforementioned French cathedral, portray narratives from the Bible. Sigmar Polke, the visionary behind the stained glass artwork, decided to craft the windows out of stone agate, which has helped to give the interior of the cathedral a radiant, ethereal glow. 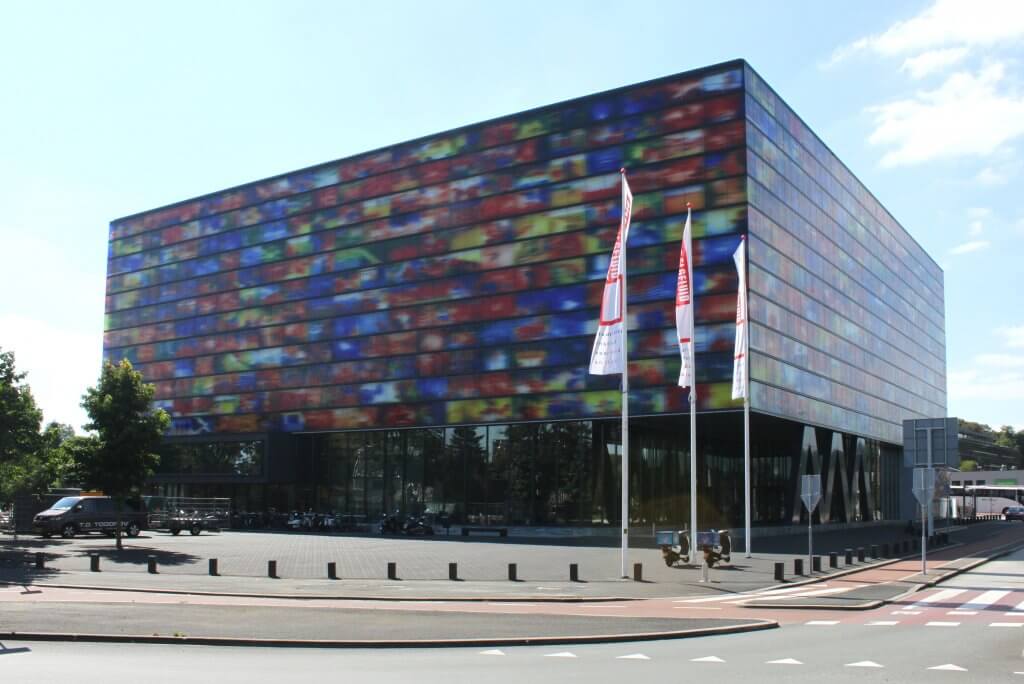 Unlike the previous two cathedrals, the Netherlands Institute for Sound and Vision features modernist architecture which is unquestionably secular.

The entire exterior of the building is crafted from stained glass, featuring images from Netherland’s television history. The glass has an iridescent glow, and depending on what angle you view it from, you may get a very different visual impression of the building. The unparalleled uniqueness of the design seems entirely appropriate for one of Europe’s largest archives of audio-visual material. 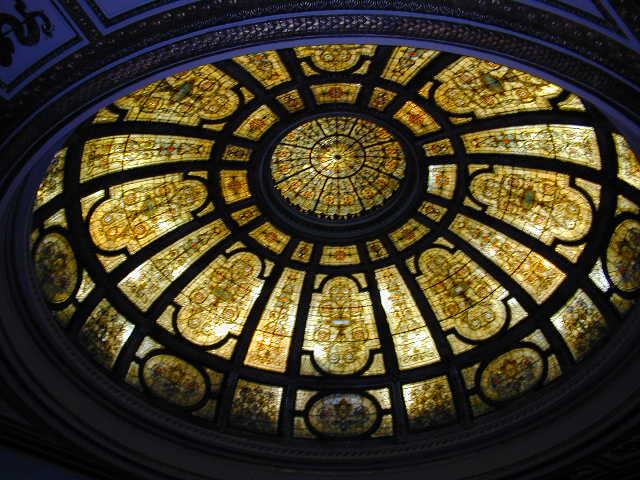 Originally designed to be a library in the late 19th Century, the Chicago Cultural Center is home to one of the world’s most stunning stained glass ceilings. Designed by artist J. A. Holtzer, this wondrous 38 foot stained glass display is believed to be the largest Tiffany dome on earth. A truly spectacular sight to behold! 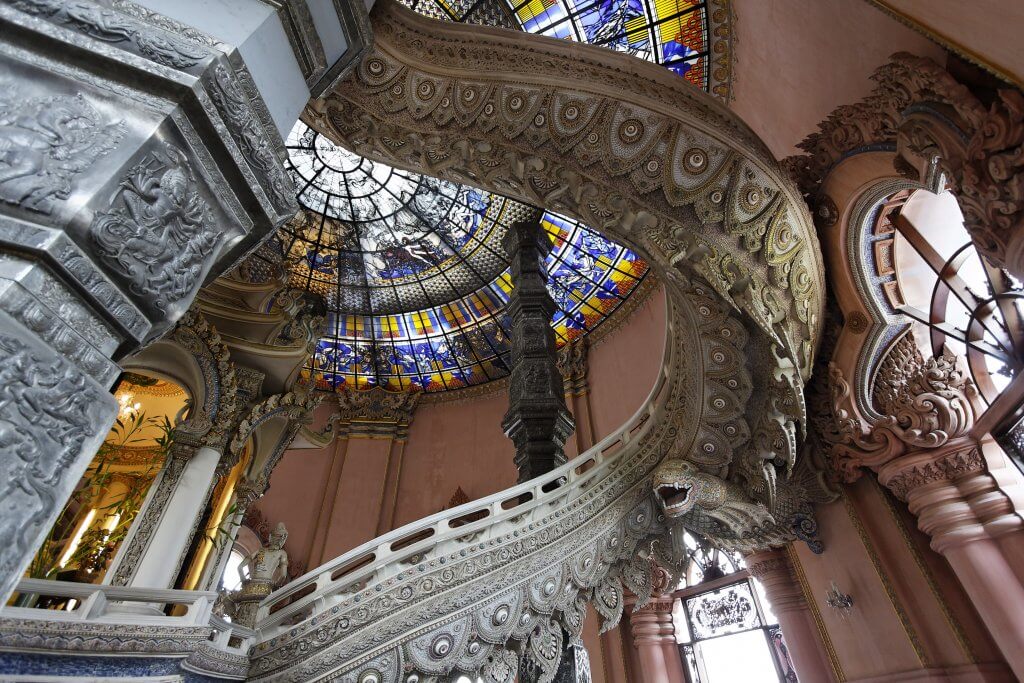 Aside from its famous three-headed elephant sculpture, The Erawan Museum in Thailand features the most amazing display of stained glass artwork in the whole of Asia. Designed by German artist, Jacob Schwarzkopf, the stained glass artwork represents the story of Earth and depicts five continents with the sun delivering radiant light, and therefore life, into all. Also in keeping with the earthly theme, the designer used four colours, each to represent the elements of water, earth, wind and fire. 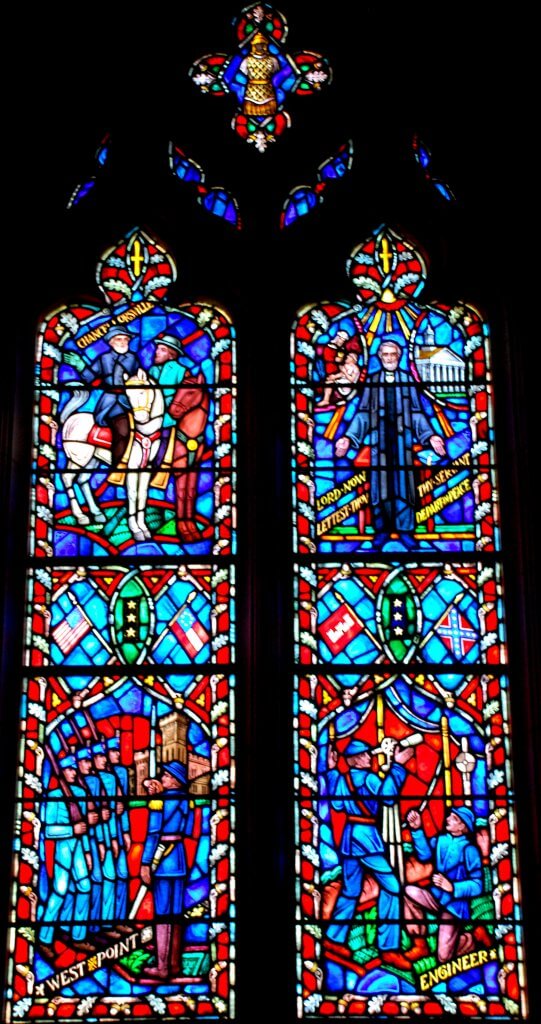 This particular piece of stained glass artwork is unique because despite using a traditional methodology typically used to portray religious narratives, the stained glass panels depict key events in the history of America.

Perhaps most attractive of all is the Space Window which features a mesmerising display of orbiting planets, paying homage to the lunar landing of 1969. Within the window itself there is actually a sealed capsule which holds a fragment of lunar rock, brought back from the moon by the Apollo 11 crew.

Earlier this year, some controversy emerged as the dean of the cathedral announced he wanted to remove one particular piece of stained glass artwork which features a confederate flag, arguably something that the United States of today no longer wants to pay homage to!

We are delighted with our windows and would like to thank you for a speedy and excellent job.